The WOrld of Alpine 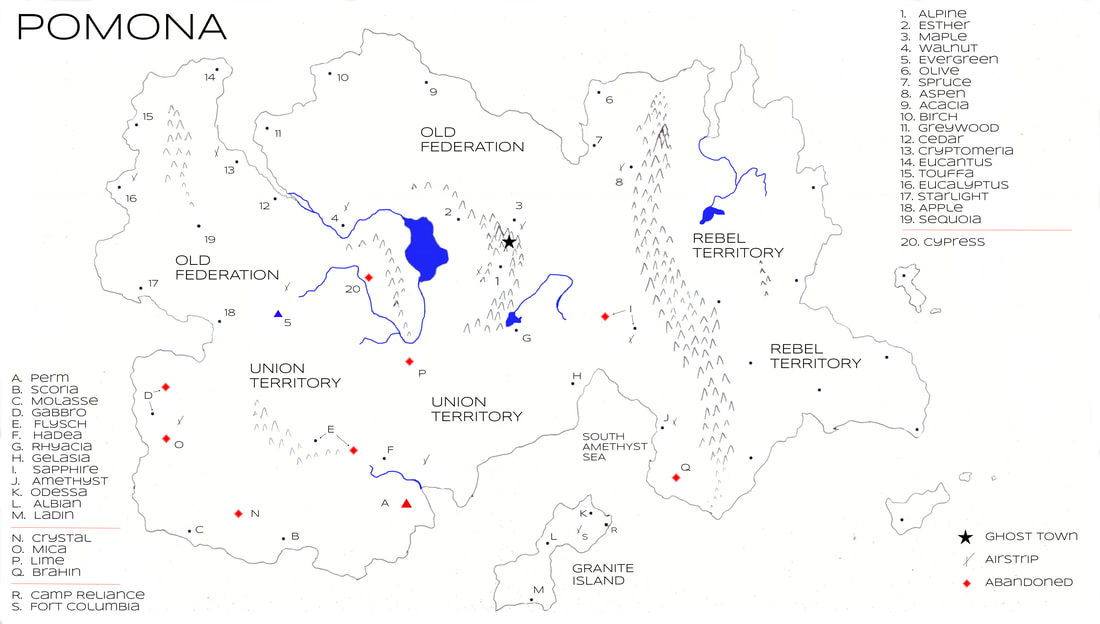 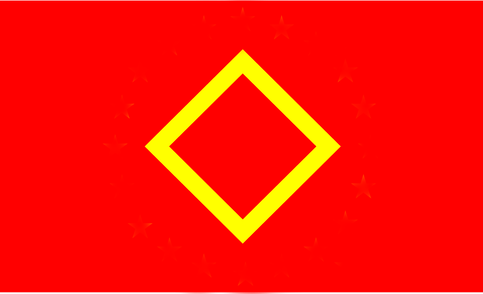 The original flag was simply red, to represent the communal nature of the original government, with a yellow diamond in the center, representing stability and the desire of the Migrants to explore all four corners of the planet.

When the Migrants first arrived at Pomona, leaving behind a war-torn Earth, they believed they could work together as one and build a utopia among the stars. The Council of Perm, upon which the Union founded its law, took place the very first year of colonization. During this Council, it was agreed that everyone would 'Do their part, and get their part.' Wages and rations would be distributed based strictly on the amount and difficulty of work performed, rather than supply and demand, seeing as supplies were limited, and the Migrants were still learning how to harvest resources from their new planet.

​This system worked well for more than a century—society lived in peace and flourished—but it was easily abused, and divisions quickly arose, loosely influenced by past conflicts that were assumed to be forgotten by time and abandoned to the vast reaches of space. 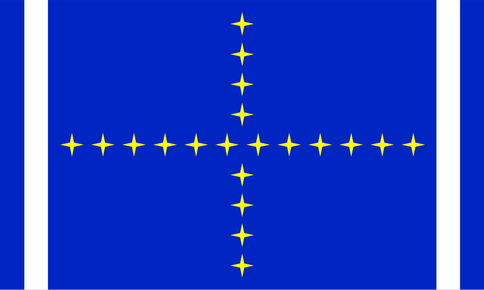 20 stars representing the original city-nations that federated to counter the growing power of the Union, represented by two white bars.

One hundred and thirty years after Arrival, a large group of individuals dissented from the Union and formed their own societies to the north of the continent. These city-states, fearing a violent retaliation from the Union, banded together and drafted the Statute of Free States. This compact established the United Federation of Pomonan States, and granted their constituent populations a series of human rights and liberties, as well as guarantees of mutual defense.

The two nations steadily grew in power and reach, side by side, and for a while, many people thought that they could peacefully coexist, but sadly, this sentiment would prove to be nothing more than a fantasy. Growing tensions and skirmishes soon erupted into all-out war, scourging the land with a destruction never before seen by the planet's inhabitants. While it seemed that the Federation had the initial advantage, with revolutionary technological advanced in automated warfare, the Union managed to overcome the cyber battlefield, decisively ending the war and absorbing the Federation back into their territory. 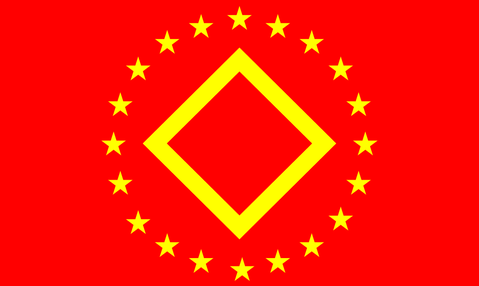 The second flag of the Union, a combination of the original Union flag and that of the Federation.
While several stubborn cities held out hope—Alpine being the chief among them—the majority of Federation lands joined the newly reformed Socialist Union of Pomona, with the northern states granted "semi-autonomous rule." Though supposedly united, citizens from old Federation territories were treated as second-class citizens, never attaining the same level of equality that the rest of the nation shared. One critical example was the implementation of a mandatory draft among Federation citizens, a move made to satisfy Union aspirations of someday conquering the lands east of the Great Barrier Mountains. The cities in this relatively undiscovered quarter of the continent never joined themselves to the Union or the Federation, a fact that haunts the Migrants' vision of unity to this day.

Though hope seems to be lost for the Federation, a young boy from Alpine named Ari Kirsche begins a journey that is bound to change the course of Pomonan history forever. Join him in his journey across the planet, and discover untold secrets that were never intended to be uncovered.
Join the Revolution